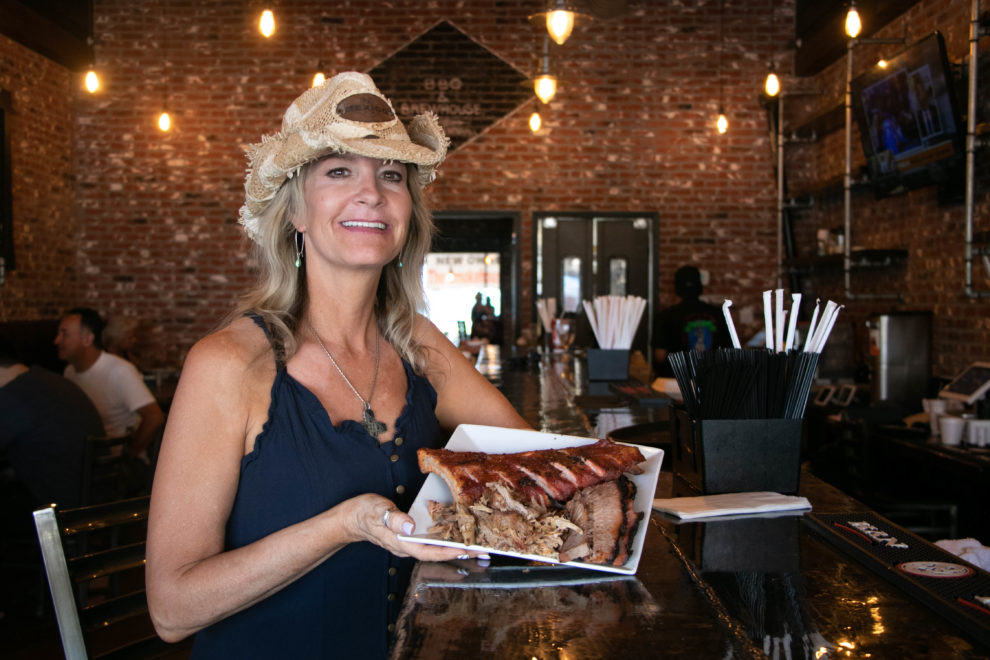 It still hasn’t quite sunk in yet for Cherie McGraham, who’s living her dream, literally, with ownership of Smokehouse on Main, a barbecue restaurant located in Newhall. The appropriately named addition to Main Street comes under new ownership to a face familiar to many — McGraham has worked as a Realtor in the Santa Clarita Valley, primarily in the Agua Dulce community where she lives, for the last 17 years.  She’s lived in the area for nearly 30 years. McGraham has spent her life working not far from the food and beverage industry — her uncle was a previous of owner of Tinhorn Flats in Burbank, and she also spent nearly 10 years working at the popular local watering hole, Doc’s Inn in Newhall. “It’s been a dream of mine for a very long time,” McGraham said, mentioning two previous attempts to purchase a bar-restaurant location, both of which fell through in the late stages of the game.